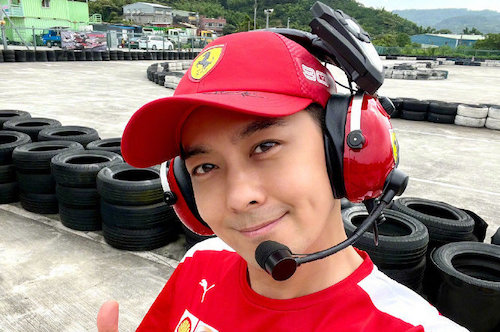 On July 22, Jimmy Lin (林志穎) was reported to be in a coma and suffered several fractures all over his body after crashing his car on the road with his son, Jenson, in the passenger seat. While Jenson had minor injuries, Jimmy Lin was said to be unconscious when he was pulled out of the flaming car. His family had updated the public saying he was in stable condition and was undergoing medical evaluation on whether surgery was needed.

On July 24, Jimmy Lin’s wife, Kelly Chen (陳若儀), revealed he was stable and his condition was improving each day. She said Jenson had minor injuries and is currently resting and being monitored.

Three days later, Jimmy Lin’s manager and younger brother gave an update saying Jimmy Lin is currently conscious and able to have simple conversations. It was decided Jimmy Lin will be undergoing surgery, but they didn’t reveal what type of procedure it would be due to privacy reasons. His younger brother also revealed that he and Kelly Chen tried to talk to Jimmy Lin to learn about what happened. However, his younger brother explained that due to Jimmy Lin’s current condition, he can’t piece together the events of the crash. They also said this will be the last time the family would be giving any updates to the media about Jimmy Lin’s condition.

They also thanked the good samaritans that helped rescue Jenson and Jimmy Lin from their crash and wished to visit them one day to express their gratitude.