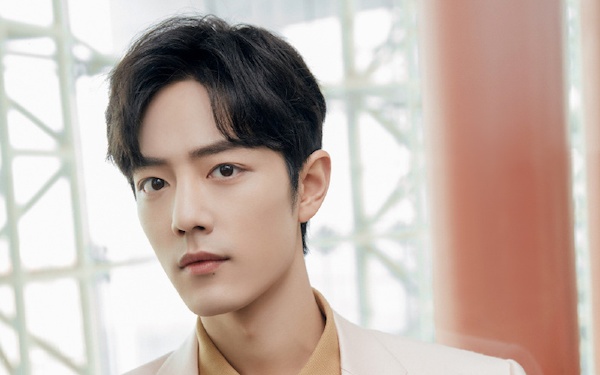 It has been almost 5 months since the AO3 scandal happened, which resulted in an angry mob of netizens, constant fan wars, cyber bullying, and the tarnished reputation of a rising celebrity, Xiao Zhan (肖战). While many celebrities have returned to work in full force, Xiao Zhan’s public schedules have recently revolved around doing charity and public welfare work.

When Xiao Zhan issued an apology in April about the events that transpired stemming from the AO3 incident, it seemed like things were starting to turn around with public opinion. However, certain netizens are intent on bringing Xiao Zhan down like accusing him of making fake donations, creating fake rumors, pretending to be his fans and causing trouble, lodging complaints and boycotts to his business partners, or his fans allegedly causing LOFTER to be taken down from app stores.

These setbacks have hindered Xiao Zhan from resuming his main line of work including his scenes not airing on a variety show and a photoshoot that was not released. Anything he or his fans do are magnified by netizens and the media. Back in June, a netizen was verbally attacked for criticizing Xiao Zhan. His lawyers reached out to this person offering legal assistance despite their stance on Xiao Zhan. Xiao Zhan’s studio and lawyers stated regardless of who is being attacked, people should be responsible for their words and showed support for victims of cyber bullying.

The most recent incident was on July 9, involving a person claiming to be a Xiao Zhan fan who was using a deceased person’s Weibo account. Xiao Zhan’s fan club said they contacted this person and claims they accidentally bought a Weibo account from a deceased person who had suffered from depression. His fan club apologized on that person’s behalf. Due to the heated debate and sensitivity around the issue, Weibo’s community administrator stepped in and performed their own investigation. Based on their investigation and communication with the user, it appears there was no deceased person. This person was lying and operated three accounts to gain attention. Xiao Zhan’s fans were glad he was vindicated, but felt Xiao Zhan should get an apology.

DO NOT CUT, RE-POST, UPLOAD ELSEWHERE

Because of the “deceased person” Weibo account incident on July 9, it led to Weibo stepping in. On July 14, Weibo’s community administrator account announced Weibo engaged in a discussion with Xiao Zhan Studio on July 9 regarding “the guidance of fans and management related issues”. Weibo issued the following statement regarding this matter:

“Weibo believes influential public figures and celebrities should bear the duty of being responsible for guiding and restricting the behavior of fans, mainly through their official fan groups. However, in the recent months, due to the failure to effectively guide and respond to various fan groups, it resulted in the appearance of a series of disturbances in the order of online communication, creating adverse social impacts.

Weibo recommends the staff of celebrity studios should reinforce their ability to positively guide and restrain fan groups. For unofficial fan groups who conduct inappropriate behavior in the name of celebrities, they need to take the initiative to report them on the platform and cooperate with the platform’s management. The misconduct of unofficial fan groups are suspected of breaking the law. We mustn’t turn a blind eye and must have the courage to speak up, defend your rights, and fulfill the utmost legal responsibility.

Xiao Zhan Studio expressed their agreement in Weibo’s recommendations and clearly stated from here on, they will actively cooperate and support the platform’s management of issues surrounding official and unofficial fan groups.

This time’s in depth communication demonstrated the website’s determination and the platform’s neutral and open attributes in the restraint of the promotion of hostile behavior and maintaining the order of the community and online communication. We will continue to expand discussions with even more management companies and use all our efforts to build a good online environment.”

Weibo also included a list of accounts that were terminated based on the community guidelines due to the account holders’ attack on media outlets and the spread of false information that led to online wars.

Xiao Zhan’s studio also issued a long apology letter in response to the discussion they had with Weibo. The letter started off saying they completely agree with Weibo pointing out the studio’s various issues and the negative impacts resulting from those issues. They also expressed their deepest apologies.

The studio also apologized for the following: “In the absence of positive guidance of fans, various reasons that led to disputes, not providing a timely and accurate response at the first minute, which led to poor social perceptions, resulted in opposition of different groups in social media, made innocent netizens encounter attacks and abuse, brought trouble to related departments and everyone’s work. Regarding this, we express our sincere apologies to everyone and say to everyone, “Sorry!”.

During the process of our serious reflection, we also believe the various reasons for the creation of today’s situations largely comes from us. Regarding online attacks, regardless who the attackers were, like what the announcement mentioned, some of them were really Xiao Zhan’s fans, some were secondary (xiaohao) accounts acting in the name of Xiao Zhan’s fans. What can’t be denied is that Xiao Zhan Studio’s negligence and absence in managing fans contributed to a portion of “Xiao Zhan fans'” bad behavior on the internet. At the same time, it also left the public with a negative impression of the “Xiao Zhan fans” group.

Regarding the opposition among groups, Xiao Zhan Studio’s handling of the few sudden incidents was not calm enough, not cautious enough, objectively misled fans, and triggered an even larger scale in conflicts and contradictions.

Regarding Xiao Zhan’s fan circle’s positive guidance, even though we have continued to carry it out since we started from March 1, but because the studio didn’t do enough and didn’t consider comprehensively, it led to the limited effect everyone sees so far. However, we will continue carrying out this item of work. Mr. Xiao Zhan and the studio clearly delivers their attitude: We reject fighting and abuse towards each other, reject instigating groups to oppose each other, firmly oppose minors’ behavior of irrational spending, as well as any purpose to harm others.

Having a heathy online environment requires everyone to jointly maintain it. Xiao Zhan Studio, as one of the members, deeply knows all the responsibilities and obligations to fulfill. As for this time’s incident bringing worries to everyone, trouble and even anger, we apologize once again. We will use a positive attitude to guide fans, restrain the promotion of hostile behavior and maintain the order of the community and online communication.”